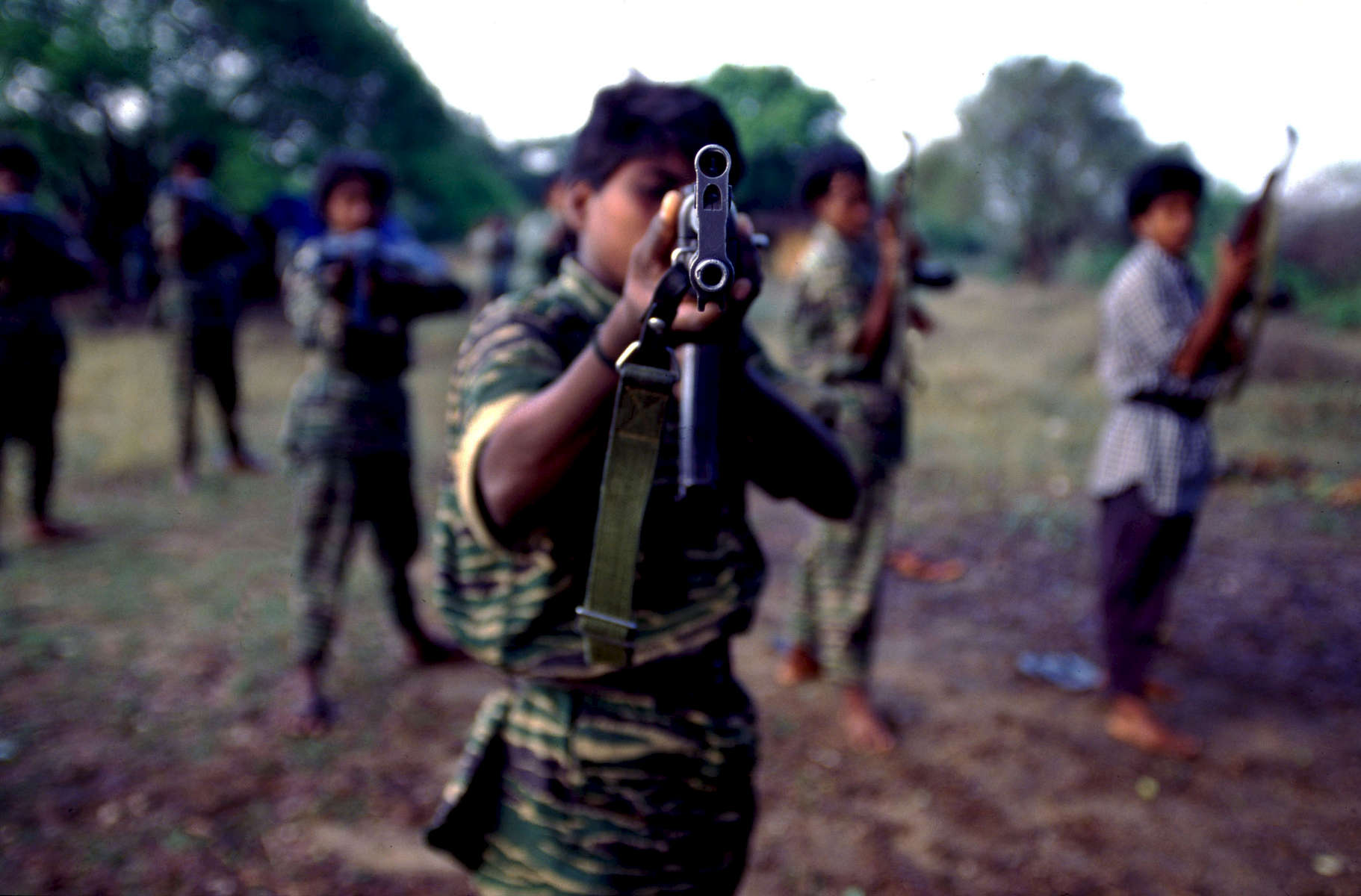 Female Tamil Tiger fighter during small arms training in the northern Vanni region in Sri Lanka. In 1984, eligible female fighters were assembled in the jungles of Tamil Nadu, India, for training, and from 1987 to 1995 on Jaffna Peninsula. Their first involvement in battle took place in October '86 in the Mannar region. Since the mid eighties, their military training and involvement has evolved into a highly sophisticated autonomous military unit of the Liberation Tigers of Tamil Eelam (LTTE). 1998