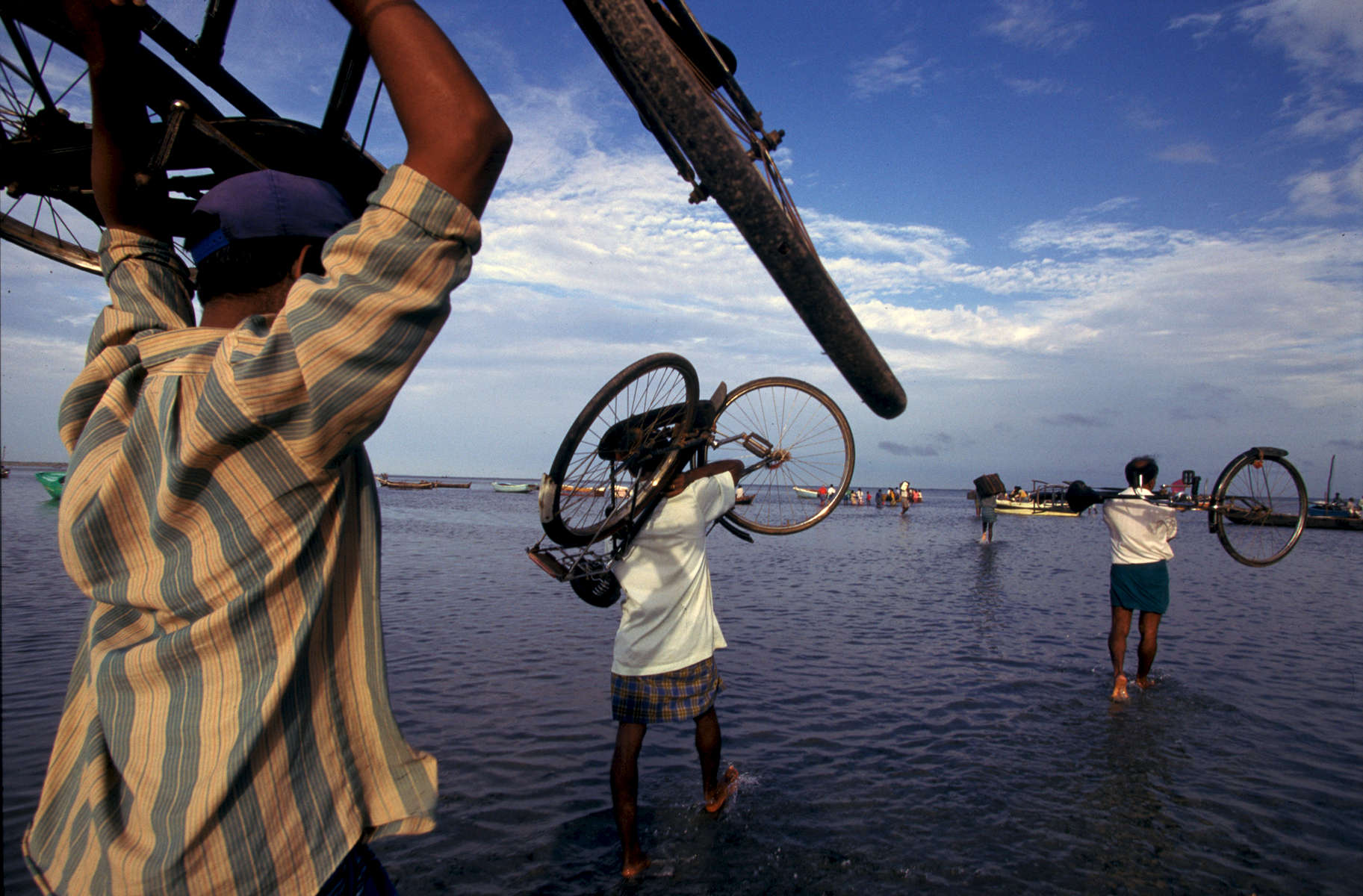 Internally displaced Tamils going back to government controlled Jaffna Peninsula via their own means after living 2-3 years in the rebel held northern Vanni region of Sri Lanka without sufficient food, shelter or medecines. The escalation of violence in Sri Lanka began in 1983. Since then more than 50,000 people have died, more than 780,000 are internally displaced and countless others have sought political asylum overseas. 1998